Pam Tebow, the mother of NFL star Tim Tebow, stresses the importance of memorizing Bible verses, a practice that she and her family have benefited from throughout the course of their lives.

A recent interview with Baptist News Global revealed that one of Pam's key tips was for people to memorize Scripture.

"Bible Memorization has guided me through life," she said. "And I try to put the verses to tunes so that I can memorize them better. What's learned in song is remembered long."

In fact, according to a 2019 Baptist Press article, one of Pam and her husband Bob's parenting secrets is to make their children memorize Scriptures in addition to studying them in the Bible.

Correspondingly, a 2012 article from The Momiverse indicated that the Tebow children benefited from this training because they were eligible to utilize the passages they memorized in their daily lives.

With the exception of Tim Tebow's example, Katie Tebow's story is also worth mentioning. Tim's sister Katie was intent on dating and marrying a football player throughout her college years. When she went to meet one of the players at an event and observed how he responded badly with a nasty temper, she phoned her mother and told her that she remembered the Proverbs 22:24 verse that says, "Do not make friends with a hot-tempered person; do not associate with one easily angered."

Katie met and ultimately married Gannon Shepherd a few years later, and she has never seen him lose his temper.

Pam, on the other hand, lives this habit outside of her family. She incorporates this discipline into all of her speaking engagements. In fact, one of Pam's lecture listeners expressed her awe and amazement at how much Pam remembered from the Bible. Those passages that they memorized would serve as a moral compass for them later in life. 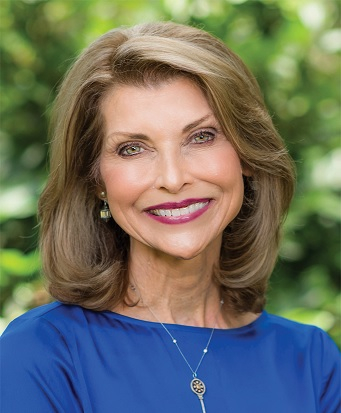 Pam states that the word "hope" is the word that continued to come up throughout her writing process in "Hope for a Woman's Heart," a 52-day devotional for women.

Pam's travels across the world to meet and speak with women served as inspiration for the writing of the book. During conversations, she often hears from women about the difficulties and challenges they are experiencing.

Thus, after reading her new book, she hopes that readers will be filled with renewed hope in the Lord. and his promises.

The University of Florida awarded her a degree in journalism and communications, and she now considers both writing and speaking to be her ministry.

Along with speaking engagements at women's conferences, Pam has spoken at a variety of events on themes such as pro-life advocacy, non-profit fundraising, parenting, missions, and homeschooling.

The Tebows have been missionaries in the country for a number of years.